Therefore, the data should generally archived.
Unusually, already divided into classes, we generally archive processing.
Then, put them in some year-round OneNote notebooks.
{C}
Note Classification

In general, we divide notes into 2 categories: 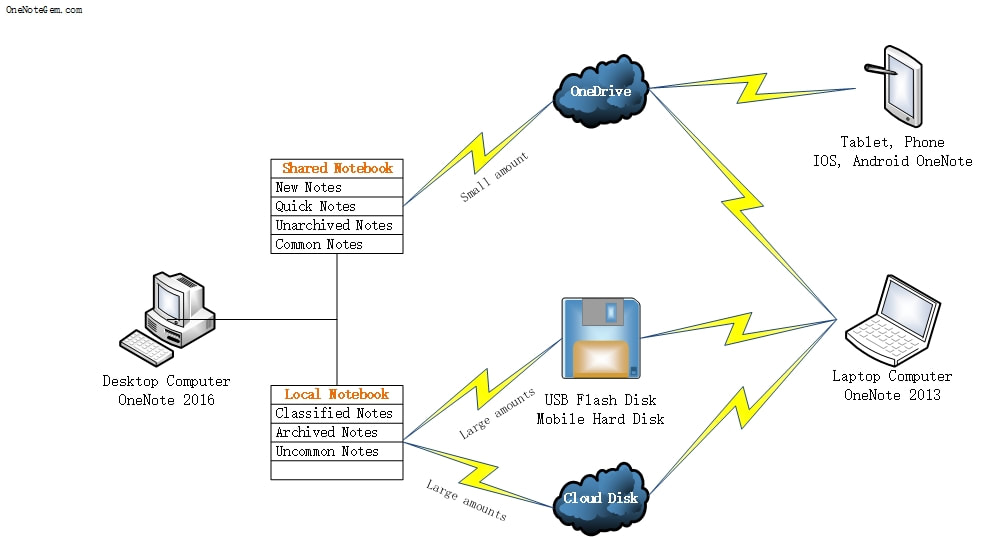 Because of the first type of notes we may need at any time, so put them in OneNote's shared notebook.
Moreover, synchronize them to the OneNote clients of each platform with OneDrive.com.
Like: OneNote 2016, OneNote UWP, Mac OneNote, IPhone OneNote, IPad OneNote, Android OneNote。

This kind of notes, the number is small. Therefore, you can synchronize them through OneDrive.com without affecting the speed of synchronization.

Limitations of Sync Notes via Other Cloud Drive

However, as infrequent notes, such synchronization is acceptable.
Most importantly, it can synchronize large amounts of data.